Below you will find testimonials from students who have participated in Ethics Bowl or Bioethics Bowl. They describe how these experiences have enhanced their time at Georgetown and helped them develop their academic and professional goals. 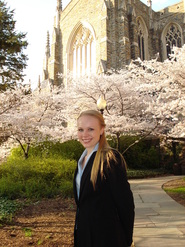 Preparing for and competing in Bioethics Bowl has been one of the most enriching experiences I have ever had. Before I became involved in this group, I never considered the issues that we discussed, yet these issues touch all of our lives, where we know it or not.

Being a part of this team has opened my eyes to the breadth of the issues facing the biomedical field and has helped me understand what problems I could face in being a doctor.

As a Mathematics major, I have learned how to think logically, yet I had never before used these skills in ways that applied to real-life issues. This process has helped me bridge the gap between what I have learned in the classroom and the issues that I will face in my future. It has been an invaluable experience that has helped bring meaning to what I have learned so far at Georgetown. 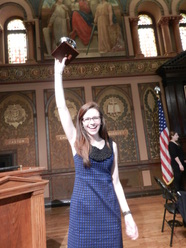 Ethics Debate is my favorite activity on campus. Even though the competitions are fun and give you a way to bond with your team, it is the preparation that proves to be truly valuable. Learning to build and articulate a strong argument is a skill that is unparalleled in college and in life.

I know that because of ethics debate I have become a much better public speaker, philosopher, writer, and debater. And, more importantly, I've met many great friends and role models among the team members and coaches! 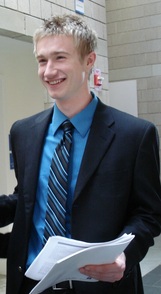 Participating in the Bioethics Bowl has made me realize the real possibility for me to utilize my various interests in philosophy as I move onto medical school and enter into a career as a physician.

Understanding the complexities of the human body is certainly important to a physician, but the preparation and study for Bioethics Bowl has shed light for me onto the inadequacy of simply knowing a slew of scientific knowledge. While necessary, brute scientific knowledge seems incomplete unless in conjunction with an understanding of the implications of certain medical procedures concerning ethical dilemmas.  I look forward to continuing in my pursuit of a career in medicine while looking for ways to utilize my interests in bioethics. 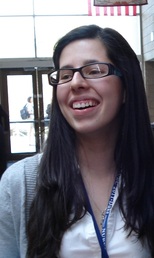 For me bioethics bowl was much more than just a competition. I think that it let me view the world and the decisions that are made day by day in a more critical way. I believe that the first step in creating a world that is more centered on justice is being able to dialogue about topics in the light of ethics -- asking ourselves whether something is morally right and weighing its true moral value.

I think the experience of debating about topics that are so important for the well-being of many individuals and the global community as a whole is bittersweet. We learn that in dialoguing about such topics we may contribute to finding answers that are more adequate for promoting the well-being of individuals, but we also understand that in searching for such answers, even while having the best intentions possible, we may never be able to assure that we are not putting some one in a position where they may be worse off.

I think that the experiences I have had with the bioethics team have increased my interest in ethics immensely.

I currently study international relations and I now see how the field of ethics is not only compatible with my field of study but, it is also essential, since in order to evaluate the policies that shape the world today one must be able to incorporate their moral value so that these policies may be viewed and changed in a way that is more favorable for the global community and the individuals of the world.

As someone who had had little to no philosophy exposure prior to the preparations we made for the competition, I can honestly say that I now have a fairly good grasp on some of the major ethical considerations that must be taken into account when examining different biological and health related situations.

Being able to compete was so much fun - but the best part of this whole experience is the knowledge that I can take with me beyond the competition and into a future career in healthcare.

Bioethics Bowl made me reform my ideas of medicine, and why I am pursuing my path in college. I am a premedical student and an Army cadet at Georgetown. Bioethics has been a source of such great interest to me and made me realize why I want to be an Army doctor.

Everyone should study bioethics. And in my mind, there is no better opportunity than to participate in Bioethics Bowl, where we do boots-on-the-ground wrestling with the most difficult of problems that professional philosophers and doctors alike have trouble with. It's with this team that theory merges with application.